A lot of people asked if it was possible to combine the two projects into a single package and the answer is yes! And in this video I'll show you how you can have servos and sensors both running from the same Arduino.

In the servo videos we connected to JMRI using a system called CMRI and we'll be using that again, except in this series of videos we'll explore what CMRI can do a bit further by adding outputs that could be used to control lighting or motors. We'll also look at the benefits of connecting multiple Arduinos, called nodes in CMRI, together so that we can have small nodes placed around the layout serving their own areas. 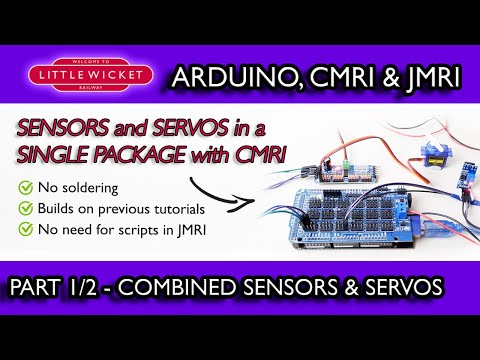