Ардуиныч
ADBSSR Envelope Generator module with Arduino Nano
Back to the Arduino Envelope Generator (EG) based on the ADSRduino (by M0XPD, available at Github), I just finished to the module. The segment after the Decay portion, starting at a breakpoint adjustable level and ending at the Sustain level. So now the EG is a five stage one: Attack, Decay, Slope, Sustain, Release (I think the correct name would be ADBSSR, as apparently used on Poly-800 and other Korg synths). A Hold stage (AHDSR) can be implemented by turning up the breakpoint level and adjusting the Decay rate as a Hold, the Slope then can act as a Decay.

Thanks for watching.
#AnalogModular
#Synthesizer 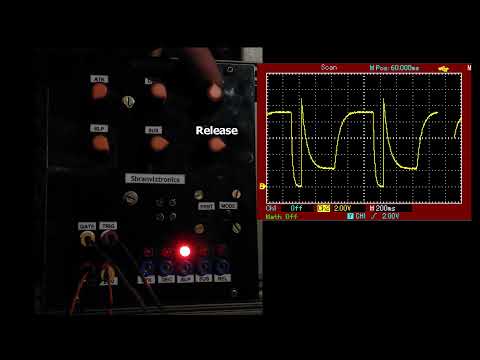