Learn Arduino step by step with this FastLED LED Strip effect tutorial for beginners on up. Watch live on the LEDs as Dave works in the editor and debugger, showing you how to craft your own LED strip effects for ARGB (individually addressable RGB) LEDs.

{ Please note: there's a small drawing glitch in the code you see in the video, but the code in Github is correct. Basically, you need to call FastLED.clear(); before DrawMarqueeComparison(); but when I commented out the comet, I forget to clear the strip in the video! }

The Heltec ESP32 module used in the video is available at the following link:
https://www.amazon.com/HiLetgo-Display-Bluetooth-Internet-Development/dp/B07DKD79Y9/ref=sr_1_3?dchild=1&keywords=heltec+oled+esp32&qid=1590677785&sr=8-3

(1) Install the Arduino DESKTOP IDE (not the Web Editor) from https://www.arduino.cc/en/Main/Software

Even though we will not be actively using their IDE, the Arduino software must be installed on the machine even though we'll be using VS Code. Thus, we install the desktop IDE and then never use it. You may wish to launch it and install the ESP32 platform to make it useful for quick scratch projects, etc.

Visual Studio Code will be our editor and IDE.

PlatformIO IDE is an "environment" for VSCode that includes the compilers, tools, and everything you need to compile, build, and run projects for many systems. The Arduino ESP32 is but one of those, so we must install the ESP32 platform within PlatformIO:

(4) Within PlatformIO/VSCode, install the Espressif ESP32 Platform for Arduino

With those four, you should be able to go to the PlatformIO home page in VSCode and click on "New Project". Enter a project name, select "ESP32 Dev Module" as the board, and Arduino as the framework. You should be greeted with a working, building, deployable project consisting of a single file, main.cpp

All code is available on github:
https://github.com/davepl/DavesGarageLEDSeries.git 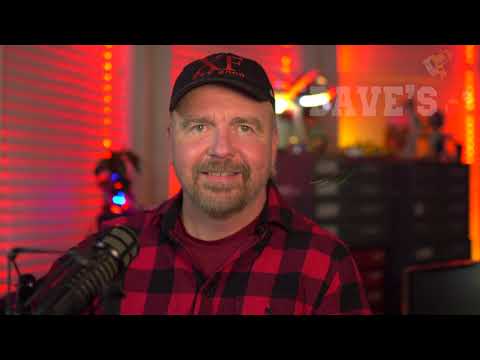